How to rosin a bow

What is rosin and why to rosin a bow

Let us start from the beginning.

What is rosin? And why do we have to rosin a bow?

The hair of a bow of any stringed instrument comes from the tails of horses who live in an icy climate in such countries as Russia (Siberia region), Canada, and  Mongolia. Why?

Because their hair is thicker and more durable, which is good for us string players, believe me, we play A LOT. There are two types of horsehair: black and white.

White hair is used mainly for violin, viola, and cello bows, whereas black hair, which is considered more coarse, is used by bass players. Some musicians believe that there is a very slight difference in black and white horsehair, and it does not affect their playing. Another popular term is “Salt and Pepper” bow. It is a mix of black and white horsehair, suitable for those musicians who prefer a balance between black hair, which pulls strings more aggressively, and white hair, which is softer.

If we don’t rosin a bow, it produces virtually no sound. Rosin sticks to cuticles of bow hair and creates traction between the strings and the bow. It’s just friction, like friction between shoes and the floor, or friction between tires and the road, or even better, when athletes use chalk for a stronger grip. That is very similar to rosin, which we apply to bow hair to create friction. Then, when we draw a bow, it pulls a string, which vibrates and makes the sound of a musical note.

There are hundreds of different rosins on the market—dark rosins, used in dry climates, and light rosins that work better in humid climates. There are good ones and ones that are just okay. Among many of them, my favorite ones are Hill, Bernandel, Jade, Melos from Greece, Andrea, Liebenzeller, and finally Bakers hand-made rosin which is produced in tiny quantities, requiring a waiting list to order one. I have not tried it yet but heard a lot of good things about it from very respected musicians.

So now, let’s learn how to rosin a bow.

First of all, tighten the bow ( clockwise) but not too much.

Make sure that it’s not pre-rosined already. If you don’t know, look closely at the hair, and if it’s pre-rosined, you will be able to see white dust on it; if it’s not, it will look more transparent.

Finally, put the bow on a string, and while moving, listen to the sound it makes. If it makes little to no sound, that means it needs to be rosined.

Open your rosin and with short strokes move the rosin back and forth from the bottom, working your way up to the tip. Work with the bow delicately; it is very fragile, especially at the tip. Make sure the rosin sticks consistently to the hair, leaving no white, unrosined, transparent, or shiny spots.

If the bow is new or brand-new, it might take more time to rosin it because it will not have any rosin. So, make sure to rosin enough.

Here is an excellent example of a well-rosined bow 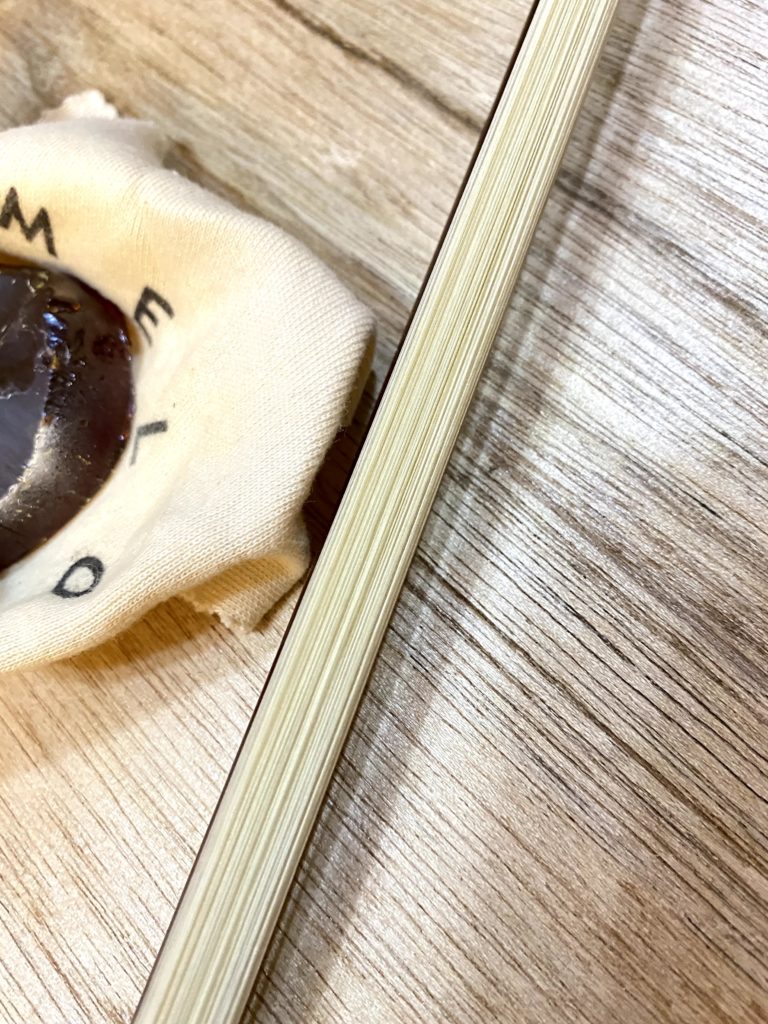 Here is a photo of an under-rosined bow 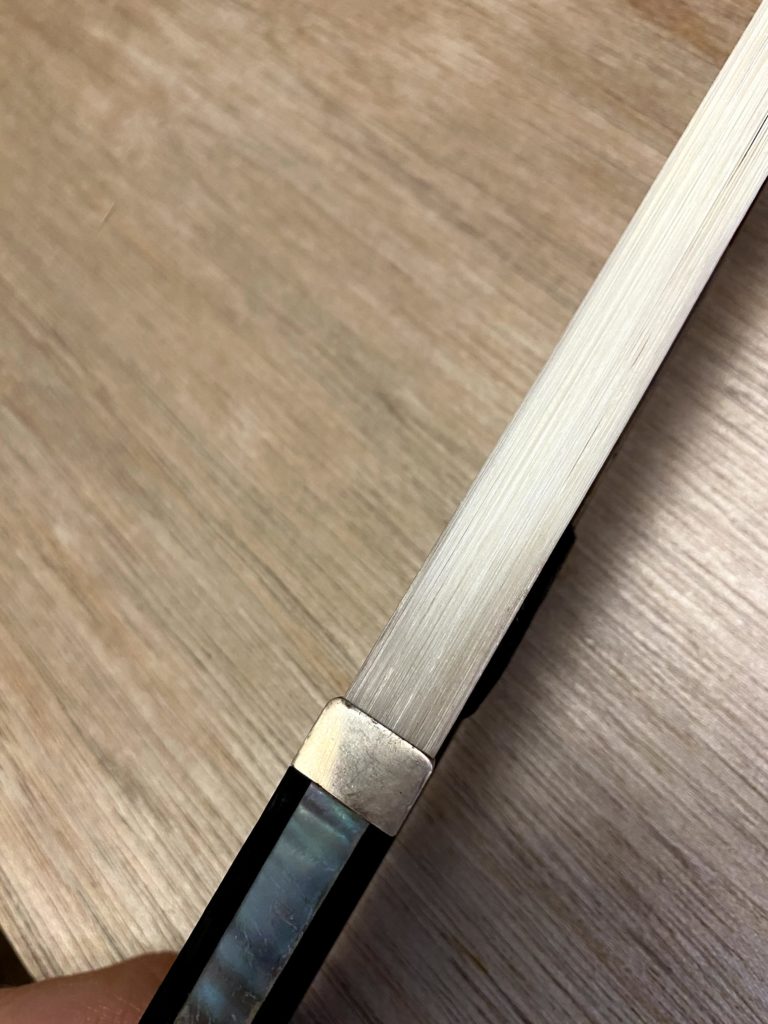 If you are trying many bows at once as a part of a trial program from a violin shop, they probably don’t have rosin at all if they are being used for the first time.

Vibrato on violin: How to do it effortlessly

If you have more questions, you are a student, or a parent of a student, and want to improve your violin playing or find a violin tutor, you can schedule an online violin lesson with me.